There was a 13% increase in the number of winding up petitions filed by HMRC in the last year in order to close businesses and meet unpaid tax bills, says Funding Options, the online business finance supermarket.

HMRC filed 3,484 winding up petitions, up from the 3,074 applications filed the previous year, as HMRC forced businesses to close in order to liquidate their assets to cover the unpaid tax bills. 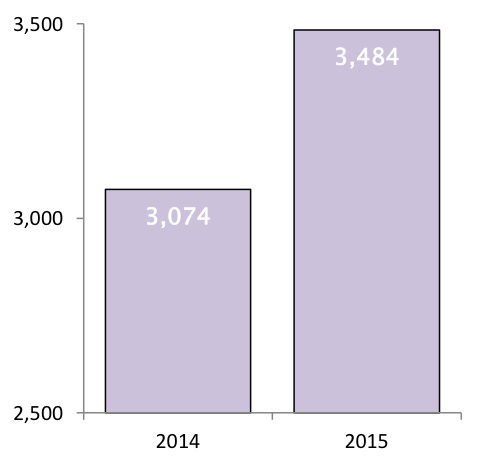 Funding Options says that the sharp jump in the number of winding up petitions filed by HMRC highlights the difficulties businesses, and in particular SMEs, can have in managing their cashflow to pay their key tax bills throughout the year, such as partnership tax, corporation tax and VAT bills.

Funding Options says that SMEs should look to alternative finance to help them mitigate against their unpaid tax bills and even out cashflow.

Funding Options explains that SMEs can often have a more volatile cashflow than larger business. For example, VAT is billed on amounts invoiced rather than amounts received which can present a problem for small businesses when a key invoice is not paid on time and the tax bill is due.

Small businesses can also be more reliant on seasonal trade which can mean fluctuations in their cashflow throughout the year.

Funding Options says that those businesses at risk of not being able to pay their tax bill should seek finance now before attracting HMRC’s attention — which could lead to serious consequences down the line.

“Failing to pay tax can lead to disastrous consequences, but the business may not necessarily be at fault.”

“Because of economic headwinds caused by Brexit we may well see increasing numbers of winding up petitions in the next few years.”

“Added financial stress could lead to more SMEs unable to pay their tax bills on time — and as we have seen HMRC won’t wait around forever for the payment.”

“However, those businesses that are anxious about upcoming tax deadlines should be looking to get funding in place rather than risk landing on HMRC’s radar which could lead to some potentially serious consequences.”

“It’s been well documented that banks have had to scale back their lending to small businesses and assume less risk over the last few years.”

“Small businesses should explore all the opportunities that alternative finance has to offer; peer-to-peer lending, crowdfunding, asset finance and invoice finance are some of the many options available to SMEs looking for funding.”

“A petition to wind up a business is often one of the last tools in HMRC’s arsenal, but the increasing numbers of petitions filed is evidence that growing numbers of small businesses are unable to resolve their issue with HMRC. Therefore the Revenue has to eventually take this drastic step in order to prevent arrears building up.”

“By planning in advance SMEs can find ways to manage their cash flow more effectively in order to spread the cost of tax bills and other financial burdens whilst still investing in growth.”